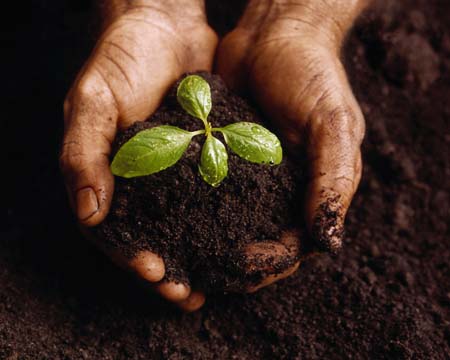 HOW DO YOU TAKE SOMETHING FROM A DIVERSITY “PROJECT” TO BECOMING INTEGRATED INTO THE EVERYDAY WORKINGS OF AN INSTITUTION?   SYSTEMIC CHANGE IS AT THE HEART OF TRUE DIVERSITY AND INCLUSION WORK –

– to get to a place where you no longer need an initiative, where the culture of the organization supports a genuine and positive curiosity about difference, and authentic inclusion becomes a reflex for the organization. While many agencies start with an initiative, leaders of such efforts don’t have to wait until completion of the project in order to begin planting seeds for systemic change. The time to start is now.

Procedural changes do not require multiple levels of approval and they don’t need to cost a lot of money to implement, as long as the initiative leader has the authority or support to make such changes and has a measure of respect and credibility among his/her staff members.

To plant the seeds for institutional change and a cultural shift, everyone must be touched by the conversation.

When Affirmations began its racial and ethnic diversity initiative at, led by the Multicultural Advisory Committee, they immediately began implementing strategies internally that would shift the organizational culture on diversity and inclusion – well before any recommendations came down the line.  By the time the recommendations arrived, they were welcomed with open arms in an intentionally fostered organizational climate.

HERE’S WHAT WE DID:

This was an easy, yet critical step to setting expectations within the organization and for new people arriving to their roles as board members, staff, interns and volunteers.  In fact, we regularly had people comment upon arriving, “I applied for the job because of the Statement of Inclusiveness Principles – it told me this was a place I wanted to work.”   Further, it clearly set the tone for new people on the values of the organization around diversity and inclusion.

Viewing our human resource pool as including all board members, staff, interns and volunteers was critical.  Volunteers greeted visitors at the front desk; board members represented the organization at a variety of internal and external functions; staff members coordinated teams of community members; interns often delivered service directly to clients – all were ambassadors of the organization and all needed to have the same foundational dialogue on diversity and inclusion.  In order to get full buy-in on the training time commitment from board members, it was helpful to have them formally approve the work of our diversity initiative first.  In fact, we didn’t initially make the training mandatory for board members.  The subsequent culture shift provided peer encouragement for all to complete the training until the board itself decided to make it a requirement of service later on in the process.

It was important to outsource the initial training for a number of reasons.  First, they were an impartial third party with a distinct and credible reputation in the community on diversity and inclusion training – it lent public legitimacy to our efforts.  Second, they could use tested tools and approaches to create a custom training suited to our needs.  Third, it relieved the time resources that would have been required to create the training using internal staff resources.  And last, it eliminated conflicts of interest and power dynamics among staff related to program content, training models and effectiveness.  As an organization that prided itself on lesbian, gay, bisexual and transgender diversity, many people in the organization were already well informed on diversity issues; outsourcing it took the pressure off of “being right.”  Adding a train-the-trainer component allowed the organization to continue offering the training in-house for many years to come at no cost.

These were critical first steps in planting seeds for building inclusiveness into the organizational DNA.  After just 12 months, we saw a noticeable change in attitudes, beliefs and expectations.  A learning philosophy had begun to uproot a somewhat blaming culture.  There was also a shift in board, staff, intern and volunteer confidence in handling racially-charged situations which frequently came up between people participating in programs at the center.  One unexpected benefit – our monthly trainings were offered to all who needed to take them, which resulted in a mix of staff, volunteers, interns and board members at each.  Due to the intimacy of the experience, many formed lasting bonds with those with whom they had attended the training and this was often times a cross-role relationship with staff and board members mixing with volunteers and interns.  This cross-relationship building only further solidified and strengthened the inclusive culture that was taking root.

This is one post in a multi-part story documenting one historically white organization’s journey toward becoming racially inclusive.  The series seeks to document the challenges and successes faced along the way in an effort to provide a learning tool for other nonprofit organizations who wish to do the same.  For a complete copy of Affirmations’ “Blueprint for Change” visit www.GoAffirmations.org and click on About Us.  To read more chapters in this story, visit a Casestudy.

LaTosch Consulting is based just outside of Detroit, Michigan
Phone: 1-248-812-9202 | Email: LaToschConsulting@gmail.com