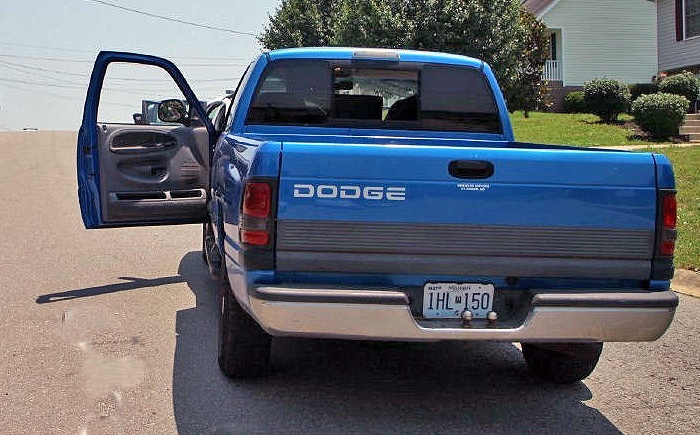 Here’s something you can’t ever picture happening in real life: two black men hopping in a pickup truck on a Sunday afternoon with a couple of guns to hunt down a white man.

You can’t picture it because it would never, ever happen.

I am heartsick this past week as I watched the film clip that is more than 2 months old and read the story of 25-year-old Ahmaud “Maud” Arbery being shot and killed by two white men while Maud was jogging down the street in his neighborhood.  A film clip that is only now publicly coming to light and for which the two shooters still had not been charged with any crime when the clip went public.

It’s simply inconceivable to picture the same scenario happening with a white jogger being tracked by two black men in a pickup truck and shot to death.  It just doesn’t happen that way.  Ever.

Not being able to flip that script is all you need to know about this scenario.  It never happens the other way around.  Ever.  It’s evidence of the power difference that continues to exists in this country.

I hesitate to even mention this, because the statement is so obvious to black Americans.  But for many whites, it’s easy to look at this instance as singular – as another sad story.  But it’s not singular, it’s part of a pattern that has roots going back centuries.  What we see today is the newest chapter in a long history of criminalizing an entire group of people based on their skin color.

Did you know that after emancipation, blacks were arrested and thrown in jail and then into workcamps – for decades – simply for loitering?  It was a way for communities to reap the “free” labor to build railroads and other foundations of our communities.  In essence, it was simply an extension of slavery.

Did you know that for decades, police departments focused their “war against drugs” on only poor, black communities, even though study after study has shown no difference in drug use or sales between whites and blacks (just different kinds of drugs).  Did you know that prison labor continues to be used by corporations for profit?

Did you know that as of 2008, there were more black men in prison, jail, on probation or parole than were enslaved in 1850, before the Civil War began?   Did you know that as of 2020, the United States has more people in prison than in any other country in the world?   And that the majority of those imprisoned are black, even though there are three times as many whites living free in this country?

Maybe you do.  Maybe you know all this stuff.  The question remains, what are we white people doing about it?

You can do something about it.

For starters, you can join the national call for justice by signing the petition at https://www.runwithmaud.com/ and join the #runwithmaud run or walk in his memory.

But you can do more.  Today.  In your own community.

One thing we know about this murder is that the two men who killed Maud were products of our law enforcement system.  The dad is a former inspector with the local district attorney’s office and former police officer for the Glynn County Police Department in Georgia.  The U.S. has a strong history of racial profiling and racial violence embedded in the law enforcement and judicial systems – deeply entrenched and centuries old.   We must and can require our law enforcement organizations, which are here to serve us, to teach and develop their teams with an antiracist lens.  We can request they teach antiracist practices, develop and put into place antiracist policies, and foster a culture of surfacing and deconstructing conscious and unconscious racial bias within the system.

That may sound complicated, but it’s really not.  Let me break it down for you.  You can ask your criminal justice organizations to actively work to reduce bias – in training, practice and policy.

Use your White Privilege for good and start by simply asking questions in your own community, for example:

All of this literally only takes ten minutes.  If you care about this, you have no excuse not to do it and see where it leads.  All you’re doing is asking questions.  Heck, you can just copy and paste directly from this blog.

This is not a cure, it’s a step.  If we all take even one step, we can move forward together toward a more just society, one where Maud would still be alive.

For more ideas on what you can do to interrupt racial violence, prejudice and bias, visit racialquitytools.org and read Paul Kivel’s classic piece on “Guidelines for Being Strong White Allies, at https://www.racialequitytools.org/resourcefiles/kivel3.pdf, or research more ideas for yourself on the internet.